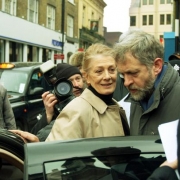 Between 1994 and 1996 a violent conflict in the Caucasus resulted in the deaths of more than 100,000 civilians. The war between the Russian armed forces and Chechen independence fighters involved appalling human suffering while heavy Russian bombardment resulted in the obliteration of the capital, Grozny as well as of much critical infrastructure.

The conflict ended in August 1996 when, under the terms of the Khasavyurt Accord signed by Russian General Lebed and Chechen leader Aslan Maskhadov, Russia withdrew federal troops from Chechen territory and granted the country de facto independence.

Hired by President Aslan Maskhadov, the task of WorldPR was to establish the identity of the new Chechen state, to draw attention to its existence as a new player on the international scene, and to help secure recognition, political support and inward investment. This was a difficult, complicated and sometimes dangerous assignment, fraught with obstacles and diplomatic hurdles.  Two international delegations to Grozny organised by us and led by Imran Khan, the current prime minister of Pakistan, and Lord McAlpine, former Treasurer of the British Conservative Party, were accompanied by bankers, investors and journalists, including the legendary war reporter, Sandy Gall and his daughter Carlotta, whose vivid book on the war created growing sympathy for the fledgling state.  Working with the actress Vanessa Redgrave and Jeremy Corbyn MP, WorldPR orchestrated an information campaign in parliament to brief MPs and gather support for the new state. In the words of Vanessa Redgrave, “The important thing is to seek for truth, to help, to do something.”

In March 1998, WorldPR organised President Maskhadov’s first overseas visit to the UK, as he looked “to Britain and our friends in Europe to help rebuild our country”.  While in London, Maskhadov dined at the Ritz Hotel with former British prime minister Margaret Thatcher, met with Foreign Office officials and attended a glittering party at Church House attended by, among others, Imran and Jemima Khan, Lord Tebbit, Lady Annabel Goldsmith and many leaders of the exiled Caucasus diaspora.  The celebrated British journalist and author, Simon Sebag Montefiore, described this extraordinary event in a colourful article for The Sunday Times.

Chechen dreams of independence were shattered when the Russian President, Vladimir Putin, ordered his forces to reoccupy the country in September 1999.  But  for a brief historical moment, with our help, Chechnya’s  brave and dogged fighters captured the attention, sympathy and hearts of global audiences.

President Aslan Maskhadov was killed by Russian special forces in the village of Tolstoy-Yurt on 8th March 2005.