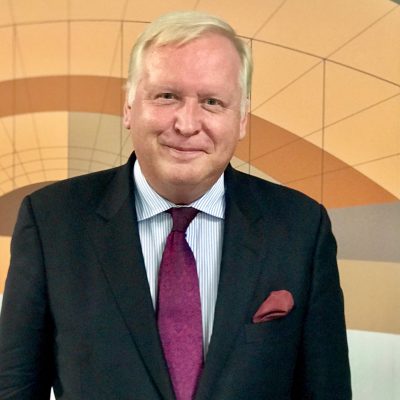 Sir Mark served as Private Secretary to the former British Prime Minister Margaret Thatcher from 1992 until her death in 2013.  In addition, he was Director of her Private Office and Director of the Margaret Thatcher Foundation.   Over that time, he was Lady Thatcher’s most senior advisor and worked with seven British Prime Ministers as well as other senior Ministers and officials.  Sir Mark travelled extensively with Lady Thatcher in Europe, North America, the Middle East and the Far East meeting with many international political and business leaders.

In Britain, Sir Mark has long-standing associations with the Conservative Party having been a member of various boards of organisations linked to the Party.  He served as Chairman of The Freedom Association from 2014 – 2018.

He has been a company director, trustee of a number of charitable organisations and is a founding member of the Court of Patrons of the London-based Thrombosis Research Institute.  He also maintains close links with many of the charities supported by Lady Thatcher, including the Royal Hospital Chelsea and the Falkland Veterans Association.

Sir Mark has longstanding professional and political relationships in the United States where he has been an advisor to the Ronald Reagan Presidential Foundation and also to the Margaret Thatcher Center for Freedom at the Heritage Foundation in Washington DC.

In 2018 Sir Mark was appointed by the British Government to be the Independent Construction Commissioner for the new High Speed 2 rail link.

He was born in 1961 and has a BA Honours degree from King’s College London.  He was made an Officer of the Order of the British Empire (OBE) in 2005 and knighted by Her Majesty The Queen in 2014.