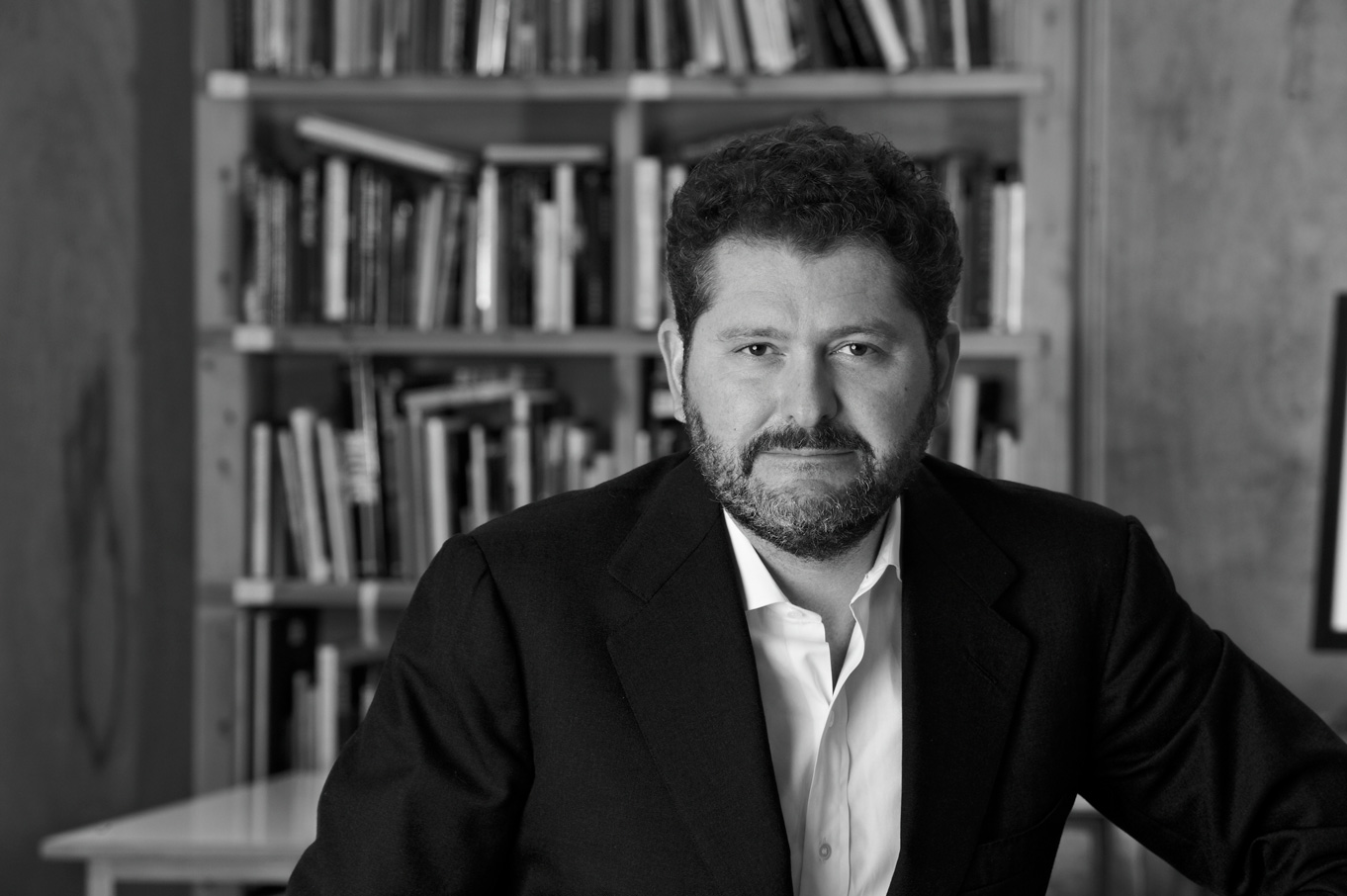 Patrick Robertson is an international political strategist and professional public relations consultant. He founded WorldPR in the early 1990s and has been an advisor to many British and international political and business leaders for nearly three decades.  He currently offers strategic advice to foreign corporations and governments on, among other matters, the opportunities and implications of Brexit.

Patrick has developed a unique expertise in political strategy, crisis communications and reputation management, having directed election campaigns in Britain and abroad and managed some of the most challenging international PR assignments.  In recent years he correctly called the results of the 2016 UK referendum on Europe and both the 2016 and 2020 US presidential elections against wildly contradictory polling data.

Some of the assignments for which Patrick has been responsible have made their mark in history, such as the campaign to brand Kazakhstan through Borat the movie, secure autonomy for Chechnya, free Senator Augusto Pinochet, win the Referendum Party’s campaign for a UK referendum on Europe, lift the EU sanctions against Austria, and support Morgan Tsvangirai’s fight for democracy in Zimbabwe.  Other assignments have been more forensic and protracted but no less successful, including the campaign to prove the innocence of the Libyan citizen wrongly accused of the Lockerbie bombing, expose the Russian criminal conspiracy against Bill Browder and the Hermitage Fund or secure the arrest of Mukhtar Ablyazov, the world’s biggest criminal fraudster, currently under investigation by the chief prosecutor in Paris.

Patrick’s experience of frontline political campaigns started early, in 1988, when as an undergraduate at Oxford he founded the Bruges Group to campaign against European federalism. In recognition of the group’s remarkable success in provoking a nationwide debate, Margaret Thatcher, the British prime minister, became its Hon. President in 1990. The Bruges Group is credited with having played an influential role in Britain’s ultimate decision to leave the European Union in 2016.

After a period based in Geneva as a Special Advisor to the World Economic Forum, where he worked with, amongst others, Dr. Henry Kissinger and Akio Morita, then President of the Sony Corporation, Patrick went into business with Gerald Howarth and Lord Parkinson, former Chairman of the Conservative Party.  Patrick cut his teeth as a political adviser to senior British government ministers, including Neil Hamilton, Corporate Affairs minister, and Jonathan Aitken, Chief Secretary to the Secretary.  He also enjoyed, for a number of years, a highly successful business collaboration with Lord Tim Bell, PR adviser to successive British prime ministers.

In 1994, Sir James Goldsmith, the Anglo-French billionaire and financier, hired WorldPR to orchestrate the campaign of the Referendum Party, the most ambitious eurosceptic campaign of modern times, with an unprecedented spend of £35 million.  As the party’s Chief of Staff, Patrick was responsible for executing its strategy for the 1997 British general election in which it fielded 547 candidates and, as a measure of its success, secured the historic commitment from both the Conservative government and the Labour Opposition not to join the European single currency without a binding referendum. Highlights of the RP’s campaign include the production of twenty-five million copies of the newspaper “Referendum Now”, delivered to every household in Britain, and six million copies of an acclaimed election video. On the eve of the election, the party held a rally of 12,000 people at Alexandra Palace, the largest of any political party since the war.

Among the early staffers of the Referendum Party who went on to achieve front-rank careers in British politics are The Rt. Hon. Priti Patel MP, Home Secretary, and Ben Elliot, Chairman of the Conservative Party.

Having spent a career observing at close quarters the catastrophic collapse of public confidence in the political polling industry, which reached its nadir in the 2020 US presidential election, Patrick pioneered and personally financed between 2016 and 2019 the development of a technology platform that enables small or large samples of voters to express their binary choices on any topic accurately, cost-effectively and in real-time. Trademarked under the brand-name Sock!t, the software is exclusively available to WorldPR’s clients and is an invaluable tool to help address the growing challenge of flawed or contradictory datasets that are all too often resistant to real-world analysis.

Patrick has been a player in Central Asia for nearly twenty years and, as co-founder with Paul Pheby of an investment management company, Sovereign Solutions Limited, he introduced Lord Jacob Rothschild and Tokyo-based Capital Partners Securities Co. to Kazakhstan. Sovereign Solutions was instrumental in the establishment of two Kazakhstan country funds with, at their inception, US$350 million under management.

At the age of seven, Patrick represented Great Britain and came runner-up in the Zecchino d’Oro Eurovision song contest to celebrate UNICEF’s “Year of the Child” in 1976.  In 1992, Patrick was elected Britain’s youngest Fellow of the Royal Society of Arts.  In the same year, he published a book of essays by distinguished international scholars entitled Reshaping Europe in the 21st Century (Macmillan, 1992) in which he set out the vision of a free-trading confederation of European nations.  Patrick speaks four languages fluently and is an occasional contributor on Brexit to the Daily Telegraph. 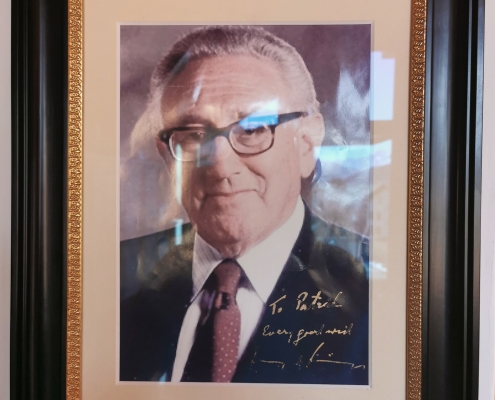 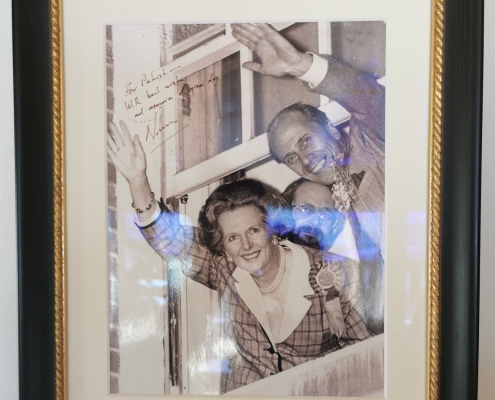 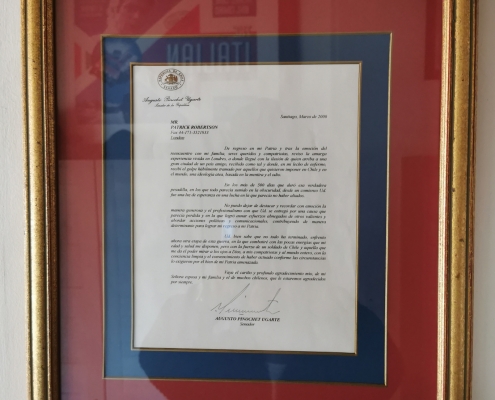